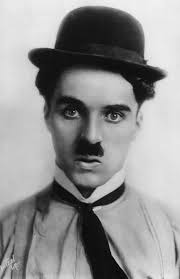 To truly laugh, you must be able to take your pain and play with it.

Depression isn’t a thing that people ever yearn for, or wish to acquire.

Those who experience this malevolent juggernaut of a psychosis don’t have “depression appreciation” days. We don’t congregate in throngs to throw our sad hands up in the air and praise depression’s forlorn overlord.

Nope. Depression’s the sort of thing that people usually despise. It’s an emotion, a train of thought, a feeling – a self-destructive entity living inside of us – that we, the Depressos, wish would leave us alone, and never return.

It’s abusive. It makes us hurt. It makes us cry. It tells us that we’re worthless. It smells funny. And ultimately, its happiness is contingent on our misery.

But today, I thought I’d do something a little bit different. Instead of poo-pooing depression, and all that it encompasses, I thought I’d outline the benefits that live inside of depression’s hapless pocket.

I thought I’d give a bit of credence to the advantages of having depression.

Like, for one thing, depression can often fuel creativity.

It’s typical to associate depression with a lack of motivation, or despondency. When I’m depressed, merely pulling myself out of my morning’s bed covers seems an insurmountable task. Actually facing the day, and making something of it – no fucking way. You’ve got to be kidding me?

But on the other side to this same coin, and in spite of this point, depression provides material – albeit dreary and morose material – to write on. I don’t paint, but I know that depression has inspired multitudes of famous paintings. The same goes for music, sculptures, and all other forms of artwork.

It can spark parts of our human selves that remain inaccessible to those who’ve never experienced depression’s throbbing grasp.

Similarly, some studies have shown that depression is highly correlated with creativity, generally. It’s not so surprising when you flick back through history’s pages. So many of our most prescient and gifted poets, composers, novelists, and all around artists, were puppets to depression’s dictating hand.

All of these brilliant minds were haunted by depressive sprites. You can see and hear and feel it in their work: the pain, the tumult, the heartache, the agony, the apathy – its loud, haunting peal is woven through their artful cries.

Another ‘cool’ thing about depression is that it can help you to appreciate the little things that life has to offer.

When you’ve lived with a depressive mindset for almost all of your entire life, you learn that everything, without exception, carries some form of inherent value, and intrinsic beauty.

As paradoxical and nonsensical as this may sound, depression can help you understand that life is, indeed, too important to be taken seriously. It shines light on the notion that the little things really aren’t worth your sweat.

Because depression requires no reason to make you feel shitty, it builds a natural divide between your emotions, and the outside world. In other words, it highlights the point, with brilliant perspicacity, that the social constructs, which manufacture the modern Man’s thought processes and emotional states, are illusory.

It draws attention to the reality that our internal states are not dependent on our external states. It underpins that these two realities are separate, but One, and that the world is as it is, yonder our human conception of it.

For anyone that does experience depression, you’d know that I’ve written this post with flippant fingers.

Depression is horrible. For the most part, it sucks out the sap that humans require to live life. It is a portentous grey cloud that hovers over our beings, stalking us wherever we go.

What I’ve found to be true though, is that the more we treat depression as an entity that needs to be conquered and overcome, as an enemy – the more we fight, the more we struggle, the more we resist its nefarious existence – the more it hurts.

It’s easy to pick on depression and label it as the root of our problems. Because in a way, it is. But depression, as a conceptual whole, is a part of us. This is undeniable. It is an intricate tie, knotted into the very core of our persons.

If you can learn to look at depression, not as an enemy that you must combat, but as an aspect to you that is in need, and requires a bit of compassion and nurture, the easier it is to deal with.

Instead of fighting this enemy, instead of shedding its blood and wrestling it into submission, the key to dealing with it rests in acceptance. For until we can accept ourselves as we are, and not as we ought to be, the battle will continue.

If you experience depression and would like to share your story with A Manic World, go here: http://amanicworld.com/submissions/